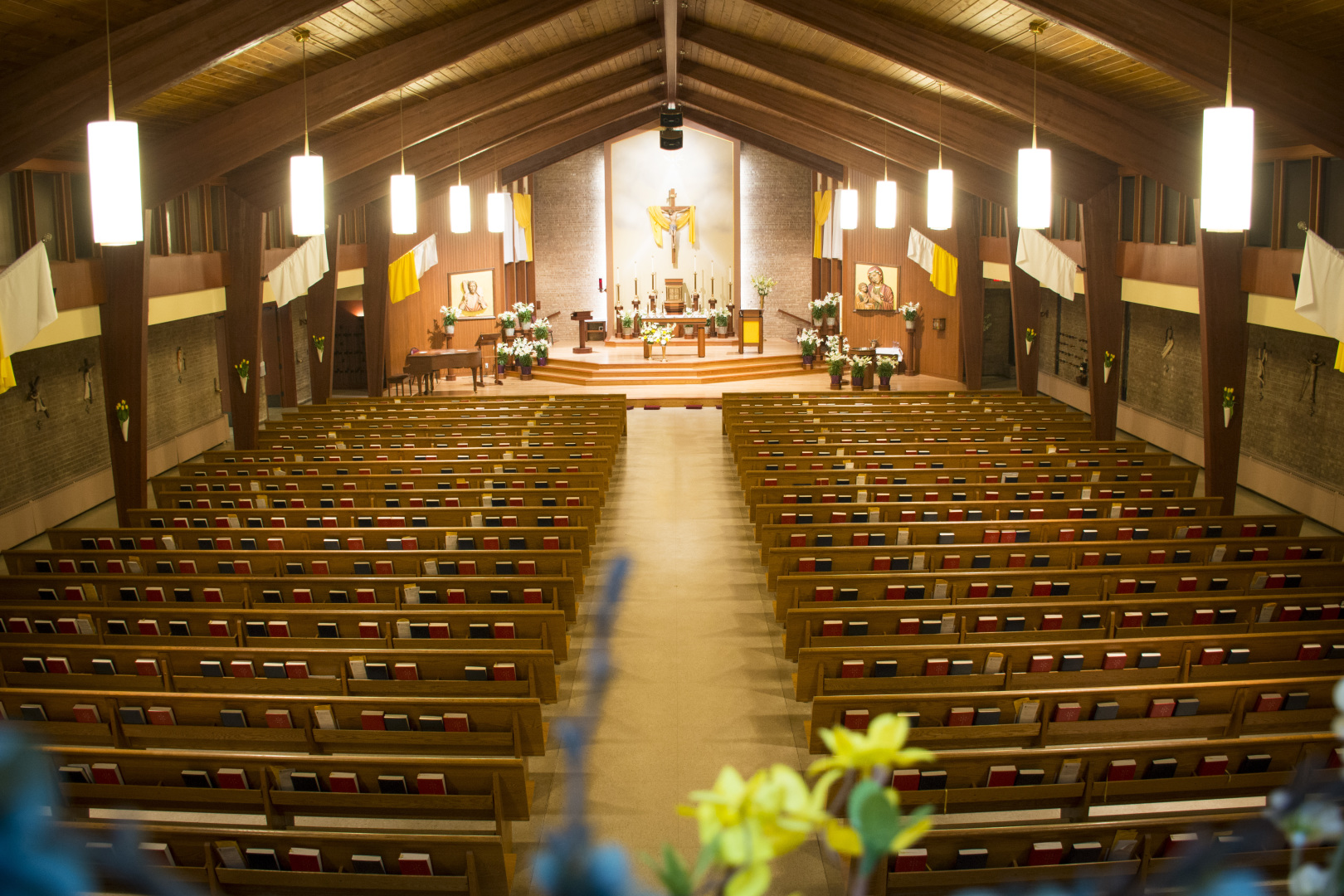 Good Shepherd Parish was canonically erected on December 31, 1945. Its territory was taken from the Basilica in Minneapolis, Holy Family in Saint Louis Park, Sacred Heart in Robbinsdale, and Saint Mary of the Lake in Plymouth. Our founding pastor was an Army captain, Father Thomas John McNamara. Our first parishioners, numbering fewer than 100, gathered at the Boulevard Café on Wayzata Boulevard, the first and temporary home of the parish. There, on the portable altar he had used on the Italian battlefields during World War II, Father McNamara celebrated Good Shepherd’s first Mass on Easter Sunday of 1946.

Within a few months of that celebration, the people of the parish banded together to purchase roughly four acres of land near the corner of Highway 12 (394) and Lilac Drive South (Highway 100). Two used Army barracks served as the temporary church (the Quonset Hut that so many in the parish still remember). On the Feast of the Immaculate Conception of that same year, Father McNamara offered the first Mass at that location. Father McNamara was plagued with illness from his Army days. With a worsening condition and facing a substantial building project, he requested transfer to a smaller parish. He was subsequently assigned to Saint Gertrude in Forest City, where he died on October 15, 1956.

In January of 1953, Father Francis Hayes became the second pastor of Good Shepherd. Shortly before his arrival, an 18-acre tract of land had been donated to the parish as the site for a permanent church. In March of 1956, the parish began construction of our current church and an eight-room school facility. The new building was opened with Mass on February 16, 1957. Five years later, we added eight rooms to the school and erected a convent for the sisters assigned to teach there. Father Hayes served as pastor for nearly 31 years. He died on January 7, 1998.

In October of 1983, Father Theodore Campbell became the third pastor of Good Shepherd. Under his care, we expanded our parish and school facilities to their current state, with the gathering space and social hall bringing much-needed space for gathering after Mass, funeral luncheons, school activities, and other parish functions. Father Campbell, who served as pastor for nearly 32 years, also facilitated construction of the church organ, made beautiful renovations to the church sanctuary and adoration chapel, converted the convent into a rectory and parish offices, and established a tradition of sacred music and solemn worship.

Following Father Campbell’s retirement, Father Luke Marquard became the fourth pastor of Good Shepherd in July of 2015. During these five years, we have worked to build upon our solid community life of the parish, provide additional catechetical opportunities, and expand our liturgical and sacramental offerings. 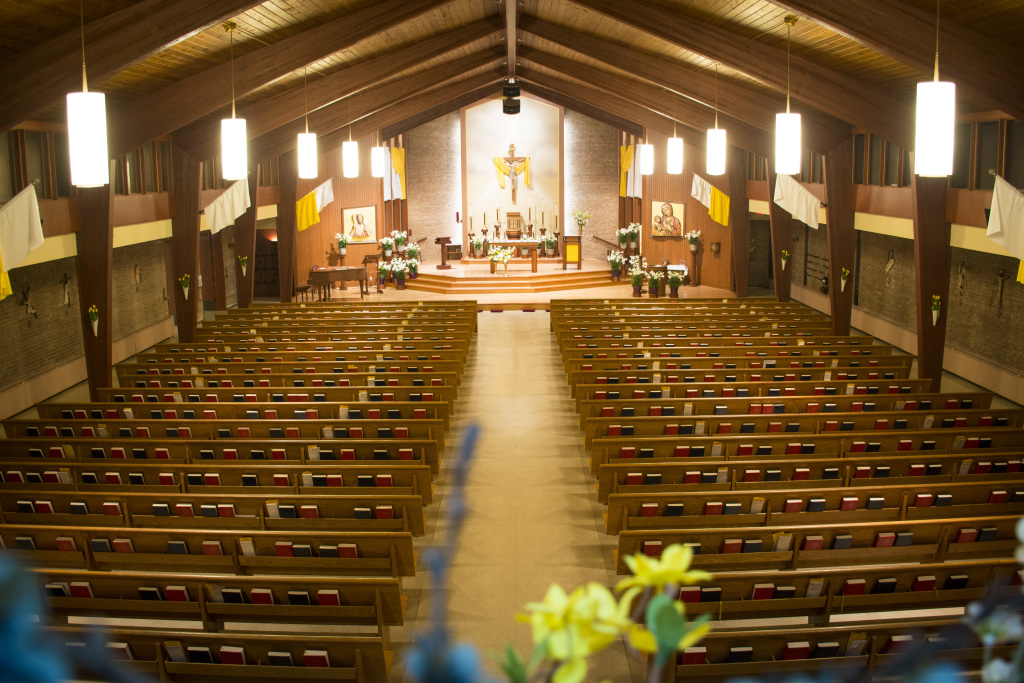